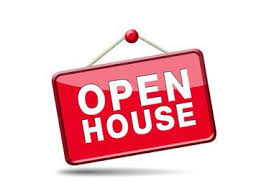 The Refugee Crisis . . . I’ve heard so many people say it is unChristian to not want to bring them in. This post isn’t arguing one way or another, but like many of my thoughts, I simply want to challenge you to think about it from another angle. One that is both compassionate and practical. (Side Note: I realize not all the refugees are terrorists. I am NOT saying they are.)

The whole situation reminds me of a couple my parents know. They are very good hearted people who had a desire to reach out to homeless people. They would go down to the parks and minister, and occasionally they met one or two, or five, that needed a place to stay, so they opened up their personal home to them.

It wasn’t long before their home was full of homeless people that they were personally supporting. They didn’t have enough money to do it, so they ended up having to move away. They couldn’t even afford to take care of themselves anymore. It’s a sad story. The homeless people didn’t change or get better. They went right back to the streets because that is where they want to be.

As much as we love people and want to help them, we can not force them to change or assimilate. The refugees need help, for sure, but they have no desire to be American. They will not assimilate. We must be careful that we don’t open our personal assets, or one day we will find ourselves without a home and with no resources to even care for ourselves.

Think about the Revolutionary War – British soldiers were taking over people’s personal homes. People were required to allow others to live with them – to provide for them – to feed them.

Would you open your home to a refugee family? What if the government’s way of providing turned into telling us that since we have an extra room we had to offer it . . . It wouldn’t be the first time that’s happened. It still happens in communist countries.

Take a look at the way China has been – they micromanage how many children people have. They force abortions. Talk about getting personal.

All I’m saying is THINK. Stop with the idealism and be practical. You go first. Open your home to the homeless. They are less violent than potential terrorists, and they speak English and are already a part of American society, though in a sub-culture.

Proverbs 25:28 KJV
He that hath no rule over his own spirit is like a city that is broken down, and without walls.

Proverbs 22:24 KJV
Make no friendship with an angry man;  and with a furious man thou shalt not go: